During the 1950s, Jack White, the deputy editor of the Irish Times was asked by a foreign colleague to explain the irrelevance of the left-right cleavage in Irish politics. ‘Draw a line, and put all the parties well to the right,’ he explained. ‘But what about the Labour Party?’ his companion inquired, to which White replied, ‘Put that furthest of all’.

White was joking but only just and if Labour was regarded as conservative at home it was it was even more so when compared with her sister parties. One historian described it ‘as the most opportunistically conservative party in the known world.’ It was not until the late 1960s that the party professed an adherence to socialism, a word which had been completely taboo until that point. But why had Labour developed such a reputation for conservatism and, indeed, how accurate was this belief?

The Irish Labour Party 1922-73, the first comprehensive history of the party, examines its fortunes during the first five decades of the new state. Using a wealth of new material and building on existing scholarship in history and political science, it traces how Labour endeavoured to establish a place for itself in the context of a conservative society dominated by civil war politics and in which the profoundly anti-socialist Catholic Church exerted very significant influence.

The book, which examines Labour in opposition and during two periods of coalition government, is more than a history of a political party and its relationship with voters, other parties (within and outside of the state) and interest groups but also shines a light on attitudes and values in Irish society, and marks a major contribution to our understanding, not simply of the Labour Party, but of twentieth-century Ireland itself.

You can buy it in paperback here or in hardback here.

‘Niamh Puirseil has put us all in her debt. She has had the courage to tackle a central issue inthe development of Irish politics and in the process spread much light on many other aspects of Irish life in the twentieth century…

Her thorough use and command of newer material as well as her careful cross-referencing to earlier work, her analytic capacity to shape it into a clear, comprehensive and critical narrative, and perhaps above all, her sharp eye for the telling detail combine to announce the arrival of an important and exciting new name in modern Irish historiography.

Her fluent and easy style reveals a young scholar determined to bridge the gap between academic accuracy and readiness of access for the general reader.  The pointed phrases flash through the text and lodge in the mind as bright, and immediately recognizable, definitive judgments’

I would urge the leader of the Labour Party … to present every Labour TD with a copy of this book. And I would urge them to read it.”
John Horgan, Irish Times May 2007

“This is a well written and deeply researched book, and a sobering slap in the face to those who wonder why the Left in Ireland struggles to assert itself.”
The Sunday Business Post June 2007

“The book is an outstanding piece of research – sober in judgement, rich in detail, and beautifully written.”
T. Ryle Dwyer, Irish Examiner July 2007

Niamh Puirseil’s recently published history of the Labour Party’s first 50 years is a warmly welcomed addition to what remains a barren field. Published by UCD Press [it] fills an important vacuum in our knowledge of the party and the more general political context … [it] deserves to be widely read, by supporters and critics of the party alike.”
Eoin O Broin, Magill August/Sept 2007

“Niamh Puirseil has produced an invaluable reference work for anyone interested in her subject. It brims with facts presented in an easy style spiced with a pleasant ironic humour.”
D.R. O’Connor Lysaght, History Ireland Sept/Oct 2007

This is a balanced and fascinating appraisal of the Labour Party, written with wry humour and an eye for the telling detail … The book is particularly strong on Labour’s time in government and, as one would expect, the party is treated primarily as an electoral organisation rather than a social movement … Puirseil has engaged with the secondary sources, scoured the archives and conducted interviews with several leading figures, and the depth of research is apparent throughout. It is a confident, authoritative and measured study that will be the starting point for all future research on the Irish Labour Party.”
Fintan Lane, Irish Historical Studies vol. XXXVI No. 141 May 2008

Niamh Puirseil’s study of the Labour Party fills an important gap in both the history of political parties and labour history. … [her] study is based on a wide range of new sources and intelligent use of existing archives. She is to be commended for her mature judgement on many of the key issues that faced the Labour Party and Irish party system during this time’

“This is a thought-provoking study peppered with many original observations. A high quality of research is maintained throughout the book, with Puirseil’s wide archival and newspaper trawl and an excellent employment of the (still underused) Dail debates reaping dividends in the production of this lively account of the Labour Party’s history … has now raised the bar for such future works…”
Irish Political Studies January 2008

Delighted to be included in David McCullagh’s in some of his favourite books on Irish politics for Late Debate on RTÉ Radio 1.  They’re all great books and The Begrudger’s Guide is my favourite so I’m thrilt to be mentioned alongside it.

The Irish Labour Party 1922-73 was also chosen by Pat Rabbitte as one of his books of 2007 on the Today with Pat Kenny show. 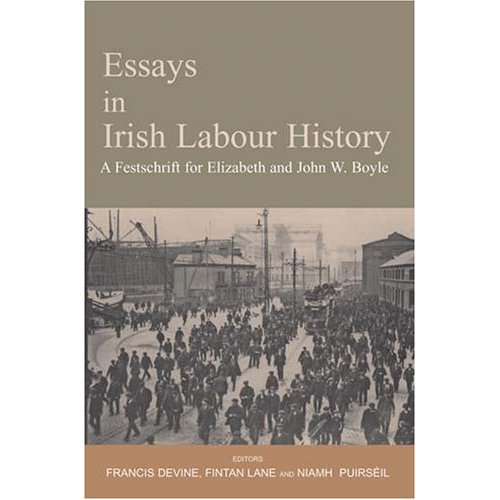 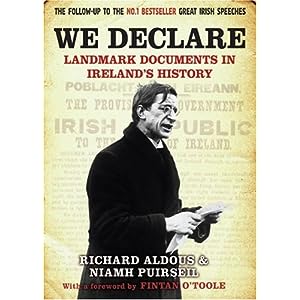 Farewell to the Terrace (UCD, 2007) (Co-edited with Ruth Ferguson). ‘“Is that some kind of allowance?”:  Irish Entry to the EEC and popular opinion’ (with Gary Murphy) in Irish Political Studies Vol. 23 No. 4, December 2008.

‘Political and party competition in post war Ireland’ in B. Girvin and G. Murphy (eds), The Lemass Era: Politics and Society in the Ireland of Seán Lemass. (UCD Press, 2005).

‘Labour and coalition: the impact of the first inter-party government’ in Saothar 27, 2002.

‘Black and white and red all over.  Labour Party papers and Propaganda’ History Ireland (May 2009).

‘The Seán O’Casey letters in the National Library of Ireland’ (sources article) Saothar 31 (2007).

I’m a former editor of the Irish Labour History journal, Saothar, and have worked on a number of research projects including work on higher education and ethics in journalism for publication and otherwise.