Dr Niamh Puirseil is mostly retired as a historian and is an amateur critic to herself. Specialising in modern Irish political, social and educational history, she has written widely on Irish politics, history and the labour movement.

Her most recent book was a history of the INTO, Kindling the Flame. 150 Years of the Irish National Teachers Organisation which was published by Gill Books at the end of 2017. This study examines the INTO from the age of the Fenians to Brexit, charting the development of one of the oldest Ireland’s oldest and most influential unions, as well as offering an in-depth look at education and society and the influence of church and state.

Author of The Irish Labour Party 1922-73, the standard history of that party she also co-authored the best-selling Landmark documents in Irish History.

She contributed to titles including The Irish Times, Jacobin, The Sunday Business Post, History Ireland, the Irish Literary Review and Vincent Browne’s Village Magazine as well as history and current affairs programmes on television and radio.

As well as many conference and seminar presentations, Niamh has been an invited speaker at events in Britain and Ireland including the Parnell Summer School, the annual Douglas Hyde Conference, the Tom Johnson Summer School and given keynote addresses at the Byrne-Perry Summer School and the Irish Labour History Society as well as at events organised by History Ireland, the Irish Historical Society, the National Library of Ireland Society and many others.

Adept at many things, she sometimes struggles with websites such as this one as well as keeping in the third person, so sorry if some of the links are acting the maggot or the photographs aren’t working.

Despite re-writing this in the past tense she is not dead but lives in Dublin.

She is retired from history things but open to interesting commissions.

Unless it’s to complain about anything. I’d rather you didn’t. 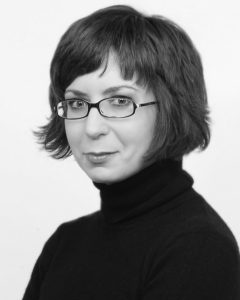